Interfaith Community Partners > About Us > Board of Directors

Our board is comprised of people of achievement whose reputation within our community is one of leadership and integrity. We count on our board members for governance and active participation in furthering the mission of Interfaith Community Partners.

Our board members support us in a variety of ways, including:

In his professional life, Ben was Vice-President and Division Manager for a steel tubing company. In retirement he has used his accounting skills as treasurer for his condominium association and assisting seniors in their tax preparation. In his home church of St. Francis Xavier he is a “kitchen angel” cooking for those in need, a Eucharistic Minister and lector / commentator. He has been providing transportation with ICP since 2015. Ben and his wife, Barbara, are the parents of four adult children and grandparents of nine wonderful grandchildren. 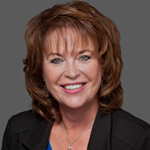 Gaye Wagner is not new to the non-for profit community. She has been a member of the WBBR Kiwanis since 2005 where she serves as a board of director, in addition Gaye is the Committee Chairman for the West Suburban Chamber of Commerce, Women in Business. She recently accepted a position with Independence4Seniors as Community Relations Manager where she will continue to build relationships within the local community, and its organizations to continue to serve the senior citizen community. She lives in Downers Grove and has two grown children, TJ and Amanda and four grandchildren.

Andy and his wife, Ann, have lived in Western Springs for 38 years and have two daughters who both live in the East Bay Area of California. Andy started his career in public accounting in 1979 and then moved on to work for Baxter International in Deerfield, where he retired as Senior Tax Counsel in 2014. He has served as the president of the Chicago chapter of the Tax Executives Institute and the St. John of the Cross school board. Andy also serves the Thomas Ford Memorial Library as both treasurer and board member. After retirement, Andy tutored students at Arrupe College for three years as part of the Ignatian Volunteer Corps. He has been providing transportation to our care partners for the past year and especially enjoys the free continuing education he receives during his rides.

Sharon Flaim left the corporate world to pursue her real love of volunteering and being a mom. Sharon is a mother of five and wife of Bob. Her family is very supportive of all her endeavors and passions. Sharon strongly believes in our community and is involved with 23 non profit organizations.
Sharon also is the founder of Catherine’s Community Closet. Sharon is an amazing asset to the community and to ICP. 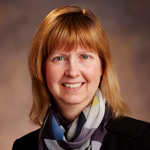 Mardel Graffy worked in accounting and finance for over 35 years. She started her career in public accounting and then moved into corporate accounting and finance with FMC and FMC Technologies, where she held various roles in consolidations, financial reporting and as Controller and Pension Benefits Manager for FMC’s employee service center. She recently retired as Chief Financial Officer of Rubicon Technology, Inc. Mardel has resided in Indian Head Park for 30 years and is a member of St. John of the Cross. In addition to driving for ICP, she is a Garden Angel for SJC and, during tax season, a volunteer for the VITA tax preparation program that prepares tax returns for low income earners.

Bob has worked in accounting and finance for 40 years. He’s currently Vice President of Finance for The Metraflex Company. Bob and his wife Ginny have been married for 38 years, and they have two daughters and one granddaughter. He’s active in the St. John of the Cross traditional choir as well as Seguin RCA, an advocate agency for the developmentally disabled. He is also a member of the SJC Men’s Club and supports many other local and national non-profit initiatives. 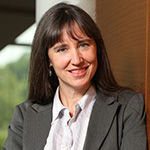 Kathleen King is an associate professor of education at North Central College in Naperville, IL, and has served as principal, assistant principal, and curriculum director in K-12 schools. She and her husband Brian have five children, serve as volunteers with St. John of the Cross Parish, and are involved in foster care. Kathleen has served Interfaith Community Partners since 2002 as a volunteer, board president, committee member, grant writer, and currently as a board member. She is a true believer in the mission of ICP and its impact on community building. 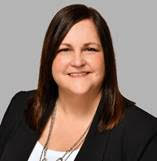 Julianne Rizzo is a Certified Senior Advisor and owner of Oasis Senior Advisors of Southwest Chicago, which assists families in navigating senior living options. Julianne has over two decades of healthcare experience as a Registered Nurse and earned her MBA in Healthcare Management from Western Governors University. She has worked in non-profits her entire professional career and volunteers for the Alzheimer’s foundation, Cubs charity, and Chicago food depository. Julianne is a lifelong resident of Westchester and an avid Cubs fan. We are grateful for the insights and guidance Julianne is sure to bring to the ICP Board!